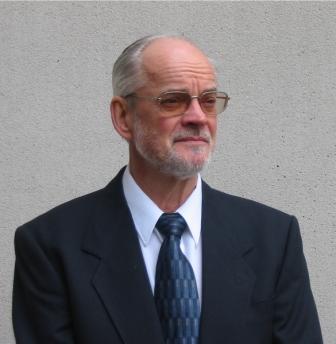 February 2015: Review Dr. Wellar's Slides and the Proceedings from the Research Colloquium on Using the Retrospective Approach to Mine for GIS Nuggets.

Few individuals are more deserving of this honor than Dr. Barry Wellar. His nearly 50 years of active and sustained work in the geographic information system (GIS) and related fields are filled with accomplishments and contributions to the industry and the community of GIS technology users. His roles as a researcher, teacher, GIS practitioner and manager, and consultant have focused on practical applications of GIS and other information technologies to problems and challenges faced by public agencies and private sector companies.

Dr. Wellar’s areas of expertise span a wide range of technical, organizational, methodological, and discipline-specific areas for applying GIS and IT.  He is an expert in many GIS application areas with a particular focus on urban planning, transportation, sustainable land development, and public sector policy, with more than 350 documents and presentations on GIS and IT among his published works. And, as demonstrated at the 2009 and 2010 URISA conferences, his applied research on GIS and Interdependent infrastructures, and GIS and standard of care practices, shows that he continues to play a leading role as an important innovator in the GIS field.

Dr. Wellar’s professional milestones and accomplishments are too numerous to mention in full, but a few highlights are identified below:

His work in the GIS field has been complemented by his active involvement and leadership in professional associations and the contribution of enormous amounts of time and energy that has supported and improved those organizations, supported the work of its members, and made significant positive impacts on the way in which GIS and other information technology tools and practices are applied to important decision-making issues and situations. Some milestones of his professional association activities and leadership roles are summarized as follows:

Along with Dr. Wellar’s long history of work in the field and his research and professional accomplishments, his role as a teacher and advisor to students should be considered a primary reason for his Hall of Fame induction.  During his academic career of 35 years he has taught hundreds of undergraduate and graduate students, many of whom have become very accomplished in their fields and cite Dr. Wellar’s instruction and support as instrumental in their education and professional advancement. He has served as a graduate advisor to many students and in numerous committee and leadership roles to advance the quality of academic programs and their value to students.

Mentioning just five activities to outline the scope of his many accomplishments, during his graduate studies at Northwestern University in the 1960s he conducted satellite imagery and aircraft-based remote sensing research for the National Aeronautics and Space Administration; upon graduation he partnered with Bob Aangeenbrug at the University of Kansas in 1969-1972 to create some of the first-ever GIS courses; while at Kansas and as senior researcher for the Urban Information Systems Inter-Agency Committee (USAC) project on Integrated Municipal Information Systems (Wichita Falls, Texas Consortium) he directed the Consortium’s review and analysis of municipal information systems facilities, services, and procedures (hardware, software, data, personnel) and authored several original reports on the role of data standards and data  standardization processes in designing and implementing integrated information systems, including geographic information systems; in the 1990s he  joined with Dan Parr in making URISA’s Introduction to GIS one of the most popular (and most duplicated) GIS workshops offered by any organization, with up to eight to ten presentations per year at URISA, GIS-LIS, and other venues; and, after serving as the Director, Geography Awareness Week, Canadian Association of Geographers, 2006-2009, he created a GIS Day Poster Competition program and promotion for URISA to recognize faculty and students who make outstanding contributions to the design of GIS-based posters as means to communicate research project results.

Those who know or who have worked with Barry are aware that his style is that of a dedicated scientist: direct, sometimes challenging, but always respectful of differing views, and focused on achieving results. His record speaks for itself in demonstrating how he has used his personal and professional skills for success in delivering benefits to those people, groups, and communities for which he has served.  His interests go beyond the professional sphere as exhibited, in part, by his passion for hockey -- not just as a fan but as a player. His personal and professional ethics are superb. He is a devoted husband and father and is active in charitable and community activities that enhance the quality of life for his fellow citizens.

Barry Wellar’s record in the field of geographic information systems is one of passion, inspiration, commitment, and outstanding achievement. Welcome to the GIS Hall of Fame, Dr. Wellar.