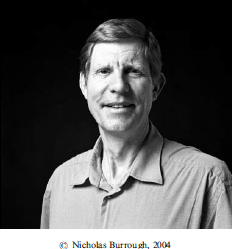 Professor Peter Burrough was one of the founding fathers of GIS research. In 1986 Oxford University Press published his book, Principles of Geographical Information Systems for Land Resources Assessment as number 12 in its monograph series on Soil and Resources Survey. This was, worldwide, the first book ever written about geographic information systems and introduced its readers to the major components of GIS: “raster and vector data structures;  modules for data input, verification, storage, and output; digital terrain models; methods of spatial analysis and modeling; and methods of classification and interpolation”.  It quickly became a “must read” for all GIS students – especially those working on environmental applications of the new technology.

The timing of this publication could not have been better. In the twelve months following its publication, the UK government set up a Committee of Enquiry into the Handling of Geographic Information by computer. This group was chaired by Lord Chorley and reported in early 1987 as “The Chorley Report”. The document hailed the advent of geographical information systems (GIS) as 'the biggest step forward in the handling of geographic information since the invention of the map' and called for the establishment of a new organization with strong links to government to promote the use of geographic information technology and to provide a forum for wider debate. Soon thereafter, in 1988, the US National Science Foundation established the National Center for Geographic Information and Analysis in the United States.

Few people at the time would have predicted the extent of the impact that Burrough’s book had, not merely on the limited circle of soil scientists for whom it was originally intended, but also on the growing number of geographers, surveyors, social scientists and urban planners who were becoming interested in the newly developing GIS field. The principal attraction of the book was that it dealt not only with the essential technical tasks of GIS applications such as spatial data capture, storage, and output, but also with the development of the analytical models that were needed to exploit the full potential of this new technology.

One of the main spinoffs from the GISDATA program was the creation of the Association of Geographic Information Laboratories for Europe (AGILE). Peter Burrough and Dr. Masser were members of a small Planning Group that was set up to prepare proposals with respect to the title of the organization, its mission statement, its organizational structure, the procedures for the election of officers, the criteria for membership and subscription fees. This group met in July 1997 in the sunny garden of Peter’s beautiful thatched house in Wageningen in the Netherlands and not only finalized the proposals for the establishment of AGILE but also made plans for the first AGILE Conference to take place in April 1998.

Peter’s role as a founding father of GIS research was internationally recognized in January 2007 by a special issue of the International Journal of Geographic Information Science on Advances in the spatio-temporal modelling of environment and landscapes. However, it should not be forgotten that his contributions through his participation in activities such as the creation of both EUROGI and AGILE to the European GIS community at a critical point in its development were also considerable.

Peter Burrough died in Leiden in the Netherlands on January 9th, 2009. He is survived by his wife, Joy, and their two sons, Alexander and Nicholas.