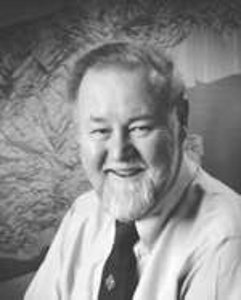 Dr. Roger Tomlinson, GISP [1] , generally recognized as the "father of GIS," is known as a visionary geographer who conceived and developed GIS for use by the Canada Land Inventory. His pioneering work, beginning in the early1960s, changed the face of geography as a discipline and he was awarded an Order of Canada, which is Canada’s highest civilian honor. Governments and scientists around the world have turned to him to better understand the environment and changing patterns of land use, and to better manage urban development and the use of natural resources.

Dr. Tomlinson’s contributions include chairmanship of the International Geographical Union’s GIS Commission for 12 years, and where he pioneered the concepts of worldwide geographical data availability. He is a past president of the Canadian Association of Geographers and a recipient of its rare Award for Service to the Profession. The Association of American Geographers in the United States awarded him the James R. Anderson Medal of Honor for Applied Geography in 1995.  Dr. Tomlinson is an Honorary Fellow of the Royal Geographical Society and winner of its prestigious Murchison Award for the Development of Geographic Information Systems. In 1996 he was awarded the GIS World Lifetime Achievement Award for a lifetime of work with geographic information systems, and he was the first recipient of the ESRI Lifetime Achievement Award in 1997. Dr. Tomlinson was awarded the Order of Canada in February of 2004.

Born in Cambridge, England, Dr. Tomlinson adopted Canada as his home in 1957. During the spring of 1962, while on a plane bound from Ottawa to Toronto he met Lee Pratt, then recently named head of the Canada Land Inventory (CLI). Tomlinson then was chief of the computer mapping division at a Canadian airline service. Pratt described a vast mapping project CLI was about to undertake - a multilayer land-use/ planning map of Canada's inhabited and productive land--around 1 million square miles. Tomlinson told Pratt some of his ideas might work for CLI and Pratt eventually hired him to head the program that resulted in the first GIS.

Dr. Tomlinson is the principal of Tomlinson Associates, Ltd., Consulting Geographers, which was established in 1977 in Ottawa, Ontario. He has advised clients such as the World Bank, United Nations Food and Agriculture Organization, the U.S. departments of Commerce and Agriculture, U.S. Geological Survey, U.S. Forest Service, U.S. Bureau of the Census, the Canadian Forest Service, and numerous U.S. state and Canadian provincial and municipal government agencies.

[1] In recognition of his numerous achievements in the industry, the GIS Certification Institute in early 2004 awarded Dr. Tomlinson the GISP Certificate for Lifetime GIS Achievement and he was awarded a lifetime membership in URISA.