Click the image below to learn about the path-breaking accomplishments of URISA's GIS Hall of Fame laureates in our Story Map. 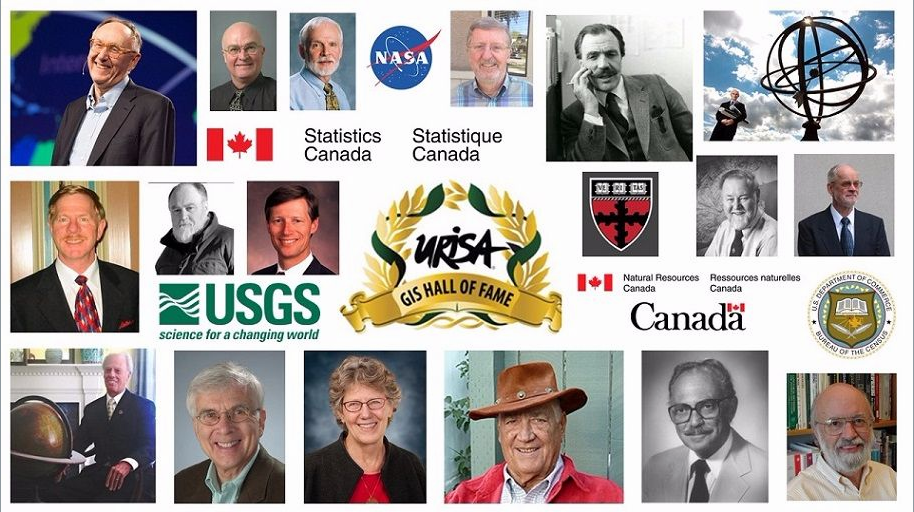 Nomination Criteria and Process - Nominations due May 31, 2021

Anyone may nominate a person or organization for induction to URISA's GIS Hall of Fame. To make a nomination, submit a written statement to URISA describing:

The nomination statement may be of any length, but it must be preceded by a one-page stand-alone summary and must include testimonials from three (3) individuals about the nominee and his/her impact or influence.

Email nomination statements to wnelson@urisa.org by May 31, 2021.  A committee of past URISA Presidents will review all nominations and make recommendations to the URISA Board of Directors by mid-June. Presentation occurs at URISA's GIS-Pro Annual Conference. This honor may not be given every year, and in some years there may be multiple recipients.