URISA is pleased to announce that Victoria (Tory) Elmore has been named URISA's Young Professional of the Year in recognition of her outstanding contributions as part of URISA's Vanguard Cabinet. 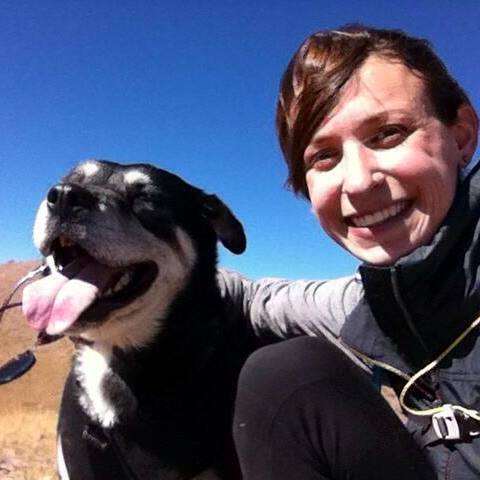 Tory noted, "Serving as the first-ever Vanguard Cabinet Chair was both an honor and a challenge that I had not anticipated. Someone recently told me about the difficulties that often arise when a team is wholly comprised of leaders: how would I lead this group of strong, independent individuals such that we could be greater than even the sum of our parts? I could not be more proud of what the Vanguard Cabinet has accomplished over the last year, nor grateful for the remarkable women and men that made those accomplishments happen. I hope that this work has laid a solid foundation for the future. I look forward to continuing my work with URISA, which has already taught me so much, and to all the great things yet to come from the Vanguard Cabinet!"

Tory has been working in conservation GIS since she graduated from Brown University in 2013, first for The Wildlands Conservancy, California's largest nonprofit landowner, and now for Audubon California. She is passionate about K-12 GIS education and participatory GIS, particularly citizen science GIS.

The Vanguard Cabinet (VC) is a URISA initiative which debuted in 2011 to engage young GIS practitioners (35 and under), increase their numbers in the organization, and better understand the concerns facing these future leaders of the GIS community.  The Cabinet’s mission is to collaborate with URISA’s Board of Directors and Committees in creating and promoting programs and policies of benefit to young professionals. Comprised entirely of passionate young members selected from different geospatial disciplines, the Cabinet aims to position URISA as the center of opportunities for creative young professionals who are committed to improving URISA and the geospatial profession via innovation, collaboration, networking, and professional development.